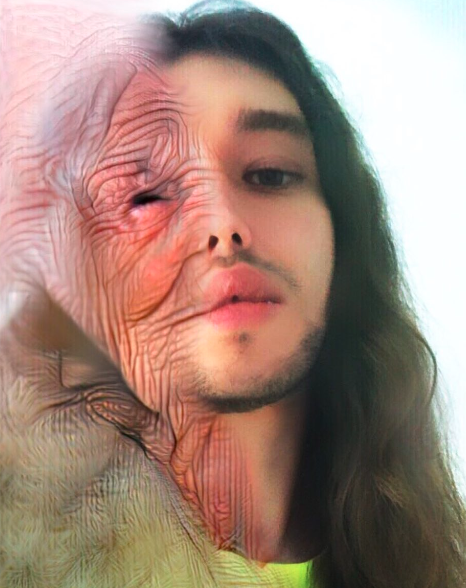 Tim Novikov AKA \// \\\  Media Artist based in Berlin. Born in Uzbekistan and raised in Siberia. Moved to Berlin in 2015 as a freelance artist after studying architecture in Samara and worked in Moscow as an architect. Through Urban Studies started an artistic project, to analyze and create sound and visual language systems of cities. Part of this project is dedicated to developing sound corridors and modern infrastructure for blind people. In 2017 started an urban project under the label -0 (Minus Null) about the environment and recycling plastic for the music and art industry. The main idea is to recycle plastic and produce vinyl records from it. As a visual artist works with light and analog visuals as well as generative digital graphics. Combines digital and analog mediums, and creates a tool to interact sound with light and objects.

In 2017 founded a production studio called -0 (Minus Null, Uferhallen Berlin).

In 2018 started to work as visual director with German contemporary orchestra “Andromeda Mega Express Orchestra”. Together with the orchestra developed project „Neue Orchesterformen“, that received a state grant to make a series of audiovisual concerts, one of which will be presented in Berghain.

From January 2020 as visual director started to collaborate with Rockstar Games and Transmoderna on creating virtual platform for artists.

Privacy Settings
We use cookies to enhance your experience while using our website. If you are using our Services via a browser you can restrict, block or remove cookies through your web browser settings. We also use content and scripts from third parties that may use tracking technologies. You can selectively provide your consent below to allow such third party embeds. For complete information about the cookies we use, data we collect and how we process them, please check our Privacy Policy
Save